Pajaree Anannarukarn used, and willed, the luck of the Irish to her first career win as a professional.

The fact the 22-year-old Thai marks her golf ball with the phrase “good luck” and that she captured her first LPGA Tour victory on Sunday in Northern Ireland at the ISPS Handa World Invitational presented by Modest! Golf Management is probably no coincidence. It took 74 holes, but she showcased the tough Irish spirit with a final-round 70 at Galgorm Golf Club and par on each of the two playoff holes.  Read more

Daniel Gavins carded a bogey free 65 to come from seven shots back and win his first European Tour title at the 2021 ISPS HANDA World Invitational presented by Modest! Golf Management.

The Englishman arrived at Galgorm Castle Golf Club off the back of two top tens on the European Challenge Tour but had never recorded one on the European Tour and looked an unlikely winner coming into day four at eight under.

But as leading challengers Jordan Smith and David Horsey moved in the wrong direction, Gavins holed two putts of over 50 feet on the back nine to get to 13 under and win by one shot from Horsey, who carded a closing 72.  Read more 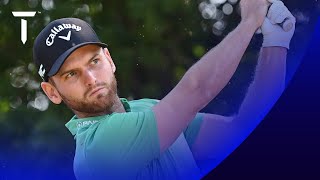