Billy Horschel made a stunning closing birdie to fulfil one of his great golfing ambitions and win his first Rolex Series title at the 2021 BMW PGA Championship.  Read more

Shane Lowry will a need captain's pick from Padraig Harrington if he is to be part of the European Ryder Cup team after he narrowly missed out on automatic qualification following the final round of the BMW Championship at Wentworth.  Read more

Lee Westwood, Matt Fitzpatrick and Bernd Wiesberger were confirmed as the final three automatic qualifiers for the European Ryder Cup team after the final round of the BMW PGA Championship.  Read more

Lee Westwood sealed his spot in Europe's team for this month's Ryder Cup as nine automatic qualifiers were confirmed at the BMW PGA Championship...

The Preview, by Brendan James 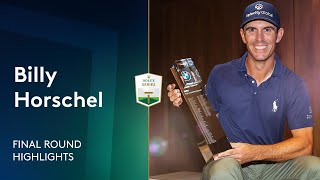