Belgian Nicolas Colsaerts ended a seven-year winless run on the European Tour with a thrilling victory at the French Open.

Nicolas Colsaerts ended a seven-year winless run on the European Tour with a dramatic one-shot victory at the French Open on Sunday.

The Belgian had last triumphed at the 2012 Volvo World Match Play Championship, four months before he was part of the European team that famously came back from 10-4 down to lift the Ryder Cup in the Miracle at Medinah.

He carded a closing one-over-par 72 on day four in Paris but that was enough to move him to 12 under and hold off the challenge of Dane Joachim B Hansen.

He started the day with a three-shot lead over South African George Coetzee and looked to be cruising to victory when he extended that to five after a birdie on the first.

But the demons that have led to him fighting for his playing privileges resurfaced and missed putts from inside 10 feet on the fifth, sixth and 12th meant he trailed Coetzee by two with six to play.

A spectacular chip-in eagle on the 14th had him back in the lead, but he would find the water on the next to surrender a double-bogey and slip a shot behind Hansen.

There was to be more drama, however, as Hansen took four putts from just short of the green on the 17th for a double of his own and Colsaerts held his nerve over the last three holes for a third European Tour victory.

Lucas Herbert was the top Australian player as he ended tied for 14th place on five under with Jason Scrivener on one under.

Hansen carded a closing 68 to finish a shot ahead of Coetzee and two clear of American Kurt Kitayama.

Ireland's Gavin Moynihan and Scot Richie Ramsay were in the group at eight under alongside two-time major champion Martin Kaymer. 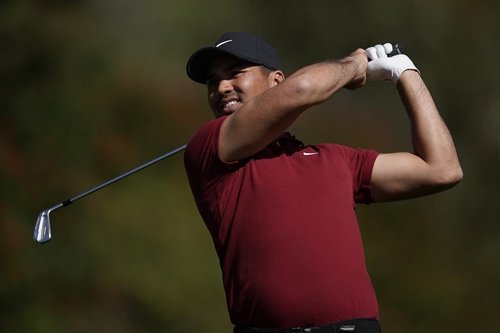