From Golf Digest, by Rick Gehman:

The Fortinet Championship is under a new sponsorship, but it’s the same event that we see each year in Napa, Calif. The Silverado Resort’s North Course will play host to this event, offering plenty of birdie opportunities along the way.

The big story at the start of the week is the field. Not only is this the first event for the new graduates of the Korn Ferry Tour but the No. 1 player in the world, Jon Rahm, will be in attendance.  Read more

From PGA TOUR News, by Staff:

The 2021-2022 Regular Season begins this week at the Fortinet Championship at Silverado Resort & Spa in California's wine country.

There are plenty of big names in the field, including Jon Rahm, Phil Mickelson, Hideki Matsuyama, Matt Kuchar, Max Homa and recently-named PGA TOUR Rookie of the Year Will Zalatoris.

[At the link] is everything you need to know to follow the action.  Read more

From Golf Australia, The Preview, by Rod Morri:

The Fortinet Championship (previously the Safeway Championship) will be played at the Silverado Resort in Napa, California, for the eighth time but first of a six-year run with this new title sponsor.

DEFENDING CHAMPION: Stewart Cink broke a win drought dating back to his Open win in 2009 last year, the American firing matching 65s on the weekend to claim the title by two shots from Harry Higgs.  Read more 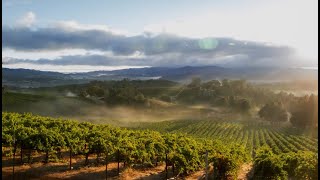