Already a major champion, 22-year-old went into the final round at Columbia Edgewater Country Club three shots behind American teenager Yealimi Noh and shot a five-under 67 to beat the precocious Monday qualifier by one stroke with a 21-under total.

Green drew level with Noh when she holed a lengthy, curling putt at the 17th hole and closed it out with a two-metre par putt at the last as her playing partner made bogey.

The West Australian had to overcome a big stumble in the third round when she shot 73 to squander the five-shot lead she had built after opening rounds of 64 and 63.

She did so while battling head-to-head with 18-year-old Noh in the final group, making six birdies - three on each nine - as she turned up the heat on the rookie, who shot 71.

Green said lessons from her maiden victory at the Women's PGA Championship in June had paid off.

"I can definitely say having that experience helped me, especially over the last five holes," she said.

"Grinding out and making sure that I stayed patient.

"I think the putt on 17 was obviously huge to get me tied with Yealimi coming into the last hole.

"And the clutch putt on the last is something that I will remember for a long time."

In her second year on the tour, Green went into the tournament as world No.26 and is set to climb to a career high ranking when they updated on Monday.

"I definitely don't want to get too ahead of myself," Green said.

"So I don't want to get too cocky but I also want to make sure that I don't sell myself short and hopefully get myself in this position more."

Noh finished three shots clear of third-placed Brittany Altomare but was shattered after missing out on becoming only the third Monday qualifier to win on the tour.

"It's hard," an emotional Noh said.

"I tried my best. My shots weren't going how I wanted today." 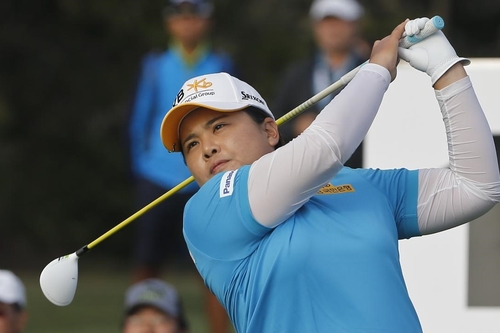 Cameron Smith has momentum and a great chance to start 2020 with a US PGA Tour victory, sitting second heading into the Sony Open final round in Ha... Australia's Wade Ormsby has continued his impressive run at the Hong Kong Open carding a second successive four-under-par 66 to maintain a two-shot... Australian golfer Cameron Davis has a share of the lead with American Brendan Steele after another wet and windy day at the Sony Open in Hawaii.The...

Antcliff in touch as Fin leads in SAfrica

Tapio Pulkkanen carded a bogey-free 66 to take a one-shot advantage at the top of a congested South African Open leaderboard, but Australia's Maver...