The budding rivalry between Nelly Korda and Jin Young Ko reached its zenith at the season-ender, where Ko delivered a knock-out blow for 2021. Fans are eager to watch the pair pick it all back up in January.

The year 2021 was a season of comebacks, with Lydia Ko, Brooke Henderson and Ariya Jutanugarn all winning for the first time in a long time. Michelle Wie West came back to the tour after maternity leave at the Kia Classic, and incredibly, Annika Sorenstam made the cut in her first LPGA start since 2008.

For many golf fans, it was their first glimpse of breakout stars like Yuka Saso, Patty Tavatanakit, Leona Maguire and Matilda Castren.  Read more

From Golfweek, by Tim Schmitt:

Here’s a look at the top 10 LPGA stories, as clicked on by you (we should note, this list doesn’t include photo galleries or money lists).

8.  No. 1 Nelly Korda involved in controversial ruling at Solheim Cup: 'It's the worst way to win a hole'

5.  Brooke Henderson competes on LPGA without sister Brittany on the bag for first time in five years

4. Michelle Wie West designed an LPGA hoodie that sold out in three hours

3. 'I'm not faking this': Hype man Bubba Watson didn't just show up at the Solheim Cup, he went all in

Full coverage of each of these stories, and the complete 'Top Ten' list, at this link 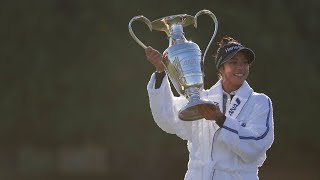