Woods raised eyebrows even among American fans when he opted to pair up Reed with Webb Simpson again on Saturday, despite the duo being humbled in their opening two matches.

Heckled at every opportunity by fans after his cheating scandal last week in the Bahamas, Reed slumped to a crushing five-and-three fourball loss to Hideki Matsuyama and CT Pan on Saturday as the Internationals grabbed a 10-8 overall lead.

Reed was the only player not to win a single hole.

Seeking revenge, the heavy defeat comes two days after Matsuyama and Pan had beaten Reed and Simpson one up in the opening fourball session.

One of four captain's picks for the USA, Reed was finally omitted from Saturday afternoon's second round of foursomes.

But Woods refused to be critical of Reed and Simpson.

"They just ran into some guys that played well, made crucial putts at certain times," he said.

"Today, they just didn't play well, and that happens. But the last two matches, it just comes to a crucial putt here and there."

While unpopular with fans and even some of his peers on the US PGA Tour, Reed is nevertheless regarded as one of the game's most-resilient figures.

But the 2018 Masters champion faces a big test of his character on Sunday when Woods has no choice but to wheel Reed out for the singles.

Apart from his poor form, Reed's conduct has also been questioned at Royal Melbourne with Internationals star Cameron Smith saying he didn't understand why the American shouldered him on course on Thursday.

Seemingly upset at Smith's refusal to accept Reed's "bulls**t" excuse after copping a two-shot penalty for improving his bunker lie during a recent tournament, Reed bumped Smith two days ago after walking off the fifth green.

"I'm not really sure what it was about, to be honest," Smith said.

"I mean, I haven't said anything wrong ... let's just get on with our job and try and play the Presidents Cup."

Adding to his woes, Reed's caddie on Saturday night was stood down from the deciding singles after physical altercation with a fan.

Kessler Karain, also the American's his brother-in-law, admitted to shoving the heckler on Saturday after days of relentless abuse from anti-Reed fans. 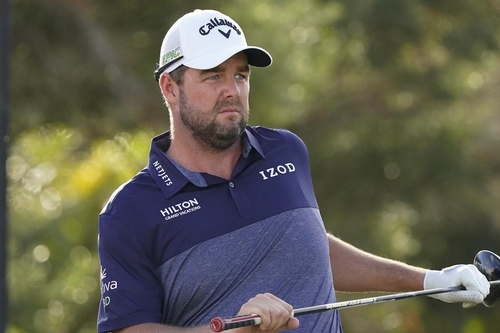 Lee Westwood, chasing his 25th European Tour win, has moved into a one-shot lead after the third round of the Abu Dhabi Championship.Westwood carde...