Soudal Open 2022: Three from England lead after first round in Antwerp

English trio Dale Whitnell, Sam Horsfield and Callum Shinkwin lead the way after the first round of the 2022 Soudal Open.

They each fired opening 65s at Rinkven International Golf Club on Thursday morning, and with no-one able to catch them in the afternoon, they head into the second round one clear of the chasing pack.

England's Callum Shinkwin claimed a share of the lead with compatriots Dale Whitnell and Sam Horsfield after almost pulling out of the Soudal Open with a wrist injury.

Shinkwin carded an opening 65 at Rinkven International Golf Club near Antwerp to join compatriots Whitnell and Horsfield at the top of the leaderboard on six-under par.

The English trio are one clear of the chasing pack after the first round. Yannik Paul, Jeff Winther, Alexander Björk, Adrian Meronk and Spaniards Alvaro Quiros and Nacho Elvira sit behind them on five-under.  Read more 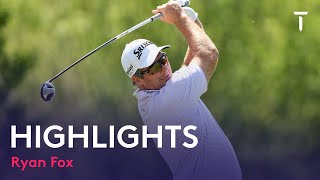