The 2021 LET Season by the numbers

The 2021 LET Season in Numbers

The 2021 season was yet another action-packed year on the Ladies European Tour, with non-stop drama from the second the season got underway in South Africa until the final putt was holed in Spain six months later.

The year saw a number of new winners on tour as well as some familiar faces returning to the top, with three young talents helping themselves to two pieces of silverware during the season.

There was a whole range of talent on show throughout the year, which was reflected in the season’s statistics – so let’s have a look at the underlying numbers that proved pivotal on course.  Read more 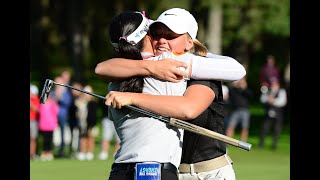