Seven things to see during The Open Championship

After an unexpected year-long delay, The Open Championship is headed to Royal St. George’s and the Channel Coast of England.

The first club outside of Scotland to join The Open Championship venues, this will mark the 15th time Royal St. George’s has awarded the Claret Jug to the Champion Golfer of the Year.

For many, ten years removed from Darren Clarke’s popular win, The Open will serve as an introduction to Royal St. George’s.

Whether you’re inspired by the scenes to plan a golf trip to England and the Channel Coast or simply plan to enjoy some armchair spectating, here are 7 things to see at Royal St. George’s. 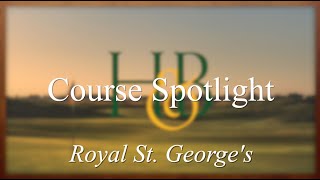 Golf at the Olympic Games, Tokyo, Day Two
Xander Schauffele 11-under, leads over Carlos Ortiz;  Cam Smith best from Aus on 4-under
From the PGA T...