Englishman Lee Westwood has rolled back the years with a brilliant round of 65 to take a one-shot lead into the final round of the Abu Dhabi Championship.

Lee Westwood, chasing his 25th European Tour win, has moved into a one-shot lead after the third round of the Abu Dhabi Championship.

Westwood carded a seven-under 65, including an eagle on the par-five eighth, to move to 14-under for the tournament on Saturday.

"I didn't play a lot of golf coming in, didn't know what to expect. To be in the lead with one round to go, it's a real positive," the Englishman said.

"I'm just going to go out there and play as well as I can and if it's good enough, then great. I know I'm talented enough to win the tournament, it's just a case of applying myself."

Bernd Wiesberger and second-round leader Francesco Laporta are one shot off the lead, with Matthew Fitzpatrick a shot further back on 12-under. Sergio Garcia and Kurt Kitayama are on 11-under.

Australian Scott Hend carded a 69 to be eight-under, while Murray Zach is a further shot back after shooting a two-under 70.

The top-ranked Brooks Koepka recovered from a poor round on Friday to fire a two-under 70 and is tied for 48th, nine shots off the lead.

It's Koepka's first tournament since returning from a knee injury he aggravated in October when he slipped while walking off the tee at the CJ Cup in South Korea. He previously had stem cell treatment for a partially torn tendon in his patella.

Australia's Wade Ormsby is a shot behind the American after carding a two-under 70 in his third round.

Li Haotong started two shots off the lead but the Chinese golfer's challenge fell apart with a quadruple bogey on the par-four 11th and he finished the day on six-under for the tournament.

Australian Lucas Herbert had a spectacularly disappointing round, with three double bogeys, to sit alongside compatriot Jason Scrivener on two-under overall. 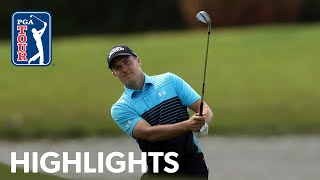 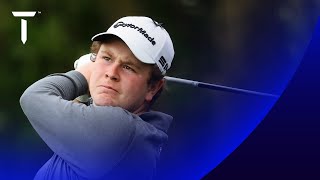 Betfred British Masters 2021 at The Belfry: 12-15 May: Round Two
Macintyre, Hill & Bland share 7-under lead
From European Tour News Report:
...