The 2018 LPGA Tour opens 25th January with the Pure Silk-Bahamas LPGA Classic. The venue is the Ocean Club on Paradise Island, where the LPGA Tournament has been held since 2013.

108 of the world's best female golfers will compete for $1.4 million dollars in prize money. The Tournament will be telecast live by Golf Channel.

2017 Champion Brittany Lincicome will be there to defend her title, as well as five of the present World Top Ten women golfers.  These are World No. 1 Shanshan Feng (China), No. 3 So Yeon Ryu (Korea), No. 4 Lexi Thompson (USA), No. 5 In-Kyung Kim (Korea) and No. 8 Ariya Jutanugarn (Thailand).

Most of the top contenders have played the course at least once and so are already familiar with the layout.  The forecast is for generally fine weather but strong winds are likely.

The next stop for the 2018 LPGA Tour will be at Kooyonga Golf Club in Adelaide, South Australia from February 15 - 18 for the ISPS Handa Women's Australian Open. 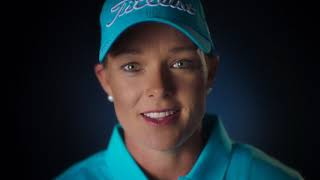