From the NZ Golf Magazine article,  2020: A Year in New Zealand Golf Stories.

In February the New Zealand Open was taken out by Aussie Brad Kennedy.

"Brad Kennedy won the 101st edition of the NZ Open by two strokes over fellow Australian Lucas Herbert in a finish that came down to the final hole at the Millbrook Resort near Queenstown."

In late March the near-unthinkable happened and all golf courses were closed in the nation-wide lockdown.

In April the rules were softened to allow maintenance and upkeep of courses to resume safely.

The lockdown lifted in May and golfers could again hit the fairways.  In a brilliant move, Jacks Point Golf Course opened up for free.

When figures were released in July they showed a surge in golf club membership all around the country.

“We’ve seen a record in number of rounds played this year and we were up 28% for the first 15 days of June compared to last year,” Murphy said. “There is a lot of great golfing activity happening throughout the country.

“When New Zealand moved into isolation it was highlighted how important golf was to both members and casual golfers. As New Zealand started to move out of Covid-19 Alert Level 4 the playing of golf was relatively simple under Alert Level 3 guidelines compared to other sports, so a lot of people started playing as it was a great way to get outdoors during a difficult time."

Full article at the link above. 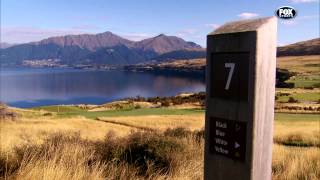