An Ace & an Albatross in one round? At Wembley GC in Perth: Rowan McCarthy

The luck of the Irish? An ace and an albatross in one round, at Wembley GC in Perth

An extraordinary feat was achieved at Wembley Golf Course on Wednesday in Australia; Irish golfer Rowan McCarthy scored both a Hole-in-One and an Albatross in the same round.

If you didn't know how special an achievement this is, to put it into context, no PGA Tour professional... has ever achieved this.

From Golf Magic, by Andy Roberts:

A golfer recorded an incredible feat that neither Tiger Woods or Jack Nicklaus have ever achieved in their golf careers by recording a hole-in-one and an albatross in one round of golf.

Irish golfer Rowan McCarthy slammed home an ace on the par-3 12th at Wembley Golf Course in Australia and then went on to hole out his second shot at the par-5 15th for an albatross. Read more

From Golf Digest, by Alex Meyers:

Rowan McCarthy says he's always considered himself to be a lucky guy, but what happened to this native of Ireland last week on the golf course goes way beyond luck. It's downright miraculous.

Playing in a Perth Golf Network event at Wembley Golf Club on Jan. 5, the Aussie transplant who sports a 20-handicap was having a pretty typical round filled mostly with bogeys and the occasional par. A triple bogey on the par-4 11th seemed to spell doom for him in the B-group of the modified stableford competition, but then his 7-iron from 169 meters on the par-3 12th bounded toward the pin and disappeared. Read more, with photo

From Golf Monthly, by Elliott Heath:

A 20-handicap golfer achieved the unthinkable by making a hole-in-one and an albatross in a five hole stretch!  Irishman Rowan McCarthy made an ace on the 12th hole at Wembley Golf Course in Perth and just four holes later went on to make an albatross 2.

He carded a round of 14-over-par, his third-best ever round, to finish first in the Irish Perth Golf society day at the popular public course. Rowan kept to the traditions and went on to buy everyone who played in the competition a drink.  Read more 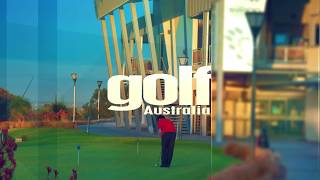