The ActewAGL Canberra Classic Women’s Golf Tournament returns to the Royal Canberra Golf Club this weekend. Teeing off for the Pro Am began Thurs 8th Feb.

Catriona Matthew is interviewed on arrival, in the video above.  She recalls her previous visit when kangaroos were on the course [ref video below].  Catriona, from the 2017 Solheim Cup LET team, will be European Captain for the Ladies European Tour matches to be held in Scotland during 2019.

The Canberra Classic is co-sanctioned by the ALPG and the Ladies European Tour and is an official ranking event on the Rolex Women's World Rankings. 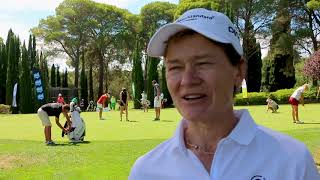