The Solheim Cup star produced a final round of 67 (-5) to give her a winning total of 15-under-par for the tournament and she joined Azahara Munoz in winning her national championship.

Ciganda, who held a three-shot lead coming into the final day, had an excellent front nine at Los Naranjos Golf Club with two birdies and an eagle.  Read more

The Spaniard took a three-shot lead into the final round at Los Naranjos Golf Club and was never in danger of getting caught after she followed a birdie on the second with an eagle on the par-five fifth.  Read more 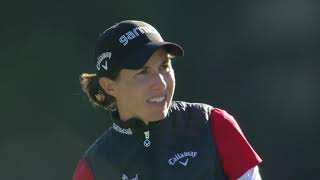