CLIFTON, N.J. (AP) — Madelene Sagstrom shot a flawless 9-under 63 during a round she felt holes kept getting larger to take one-stroke lead over Megan Khang after the first round of the Cognizant Founders Cup on Thursday.

Nasa Hataoka, who won in Los Angeles in April before taking time off, was third after a 65 on the Upper Montclair Country Club course, roughly 10 miles from New York City...

Sagstrom, a runner-up last year in the Women's British Open, made birdies in batches, finishing with nine in a bogey-free round. The two-time European Solheim Cup from Sweden birdied the first four holes and had another run at Nos. 12-14.  Read more

From The West Australian, by Staff Writers/ AP:

Madelene Sagstrom shot a flawless nine-under 63 to take the first-round lead at the LPGA Tour's Founders Cup, but Australia's Minjee Lee is among those lurking.

Sagstrom leads by one from Megan Khang on the Upper Montclair Country Club course, just outside New York City.

Nasa Hataoka, who won in Los Angeles in April before taking time off, is third after a 65.  Read more

Sweden's Madelene Sagstrom fired a bogey-free nine-under par 63 to grab a one-stroke lead over American Megan Khang after Thursday's opening round of the LPGA Founders Cup.

Sagstrom, last year's Women's British Open runner-up, began her round with four consecutive birdies and reeled off four birdies in a five-hole stretch on the back nine at Upper Montclair Country Club in Clifton, New Jersey.  Read more 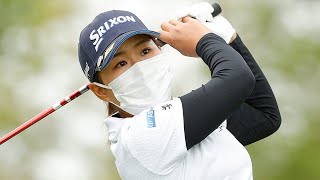