This will be the first time women’s professional golf will be played in the Republic of Ireland since 2012.

DROMOLAND CASTLE HAS been confirmed as the venue for the 2022 Women’s Irish Open, which will be staged at the Clare venue from 22-25 September this year.

The return of the Ladies European Tour event marks the first time women’s professional golf will be played in the Republic of Ireland since 2012.

The championship was previously held 15 times between 1994 and 2012 with some of Europe’s top golfers amongst the champions including Norway’s Suzann Pettersen, Sweden’s Sophie Gustafson, England’s Laura Davies and, most recently, by the 2021 Solheim Cup winning Captain, Scotland’s Catriona Matthew. 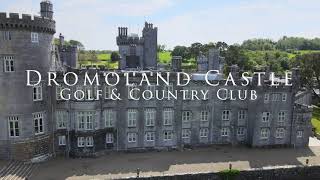