Gabriella Then, from the US, is the 2022 winner of the LET Qualifying School

Gabriella Then, from the US, is the winner of the LET Qualifying School for 2022

American Gabriella Then produced a blistering final round of 67 (-6) to win the Final Qualifier at LET Q-School by four shots.

The 26-year-old has spent two weeks at La Manga Club getting to know the North and South Courses as she came through Pre-Qualifying in a tie for 10th place.

It was a hot start for the American with three birdies in four holes on her front nine and she continued that form with three more birdies on the back nine to seal the victory.   Read more 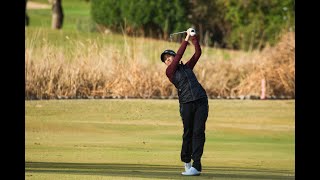