Here are links helpful in following Golf at the Olympic Games in Tokyo, these from the PGA TOUR site.

How it Works - Golf Format at the Olympic Games

-  Both the men’s and women’s golf competitions will be 72 holes of stroke play.

-  The Olympic field is restricted to 60 players for each of the men’s and women’s competitions.

-  Players will be paired in threesomes...  Read more here, on all of the above

-   Play is at the Kasumigaseki Country Club, East Course.  Course flyover at the link.

From The First Look, by Adam Stanley:

-  Info about the course, the players, records set, and golf at the 2016 Olympics. 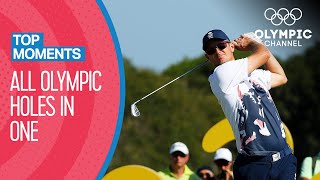