Golf Courses in Ireland have been closed for the longest time

Irish golf courses have had the longest closures in the world

Golf courses in the Republic of Ireland have faced the longest closures in the world as a result of Covid-19 restrictions with golfers banned from playing for longer than across the UK, the rest of Europe, the United States and beyond.

Golf clubs around the country are currently going through a third period of closures since they were initially shut down on March 25th last year and, like most businesses, they are awaiting word from the Government as to when they can reopen.

With the current Level 5 measures in place until April 5th it is hoped, as was the case last year, that golf will be included in the first easing of lockdown. If that was to happen and the Government permitted courses to reopen from April 5th it would mean golf courses in the Republic will have been closed for a total of 189 days since last March – exactly 27 weeks.

In the North, courses are also currently off limits and have faced similar closures to those on the rest of the island but not for as long. The Northern Ireland Executive have not set out any dates for reopening in their Covid-19 exit plan but, with courses in England set to reopen on March 29th, there’s a possibility the same could apply in the North.  More here 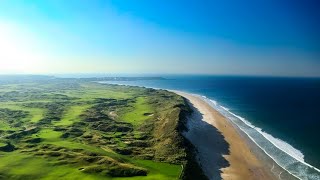