In 1894 the Melbourne Golf Club founded the "Victorian Golf Cup", open to all amateurs in Australasia. The first competition was held in early November and was won by Louis Whyte.  The Victorian Golf Cup established itself as the main golf tournament in Australia and was considered the amateur championship of Australia.

After more than a century as a match play event, from this year it becomes a 72 hole stroke play event.  And, with this new turn of events for the 21st Century, the venue is again in wider Adelaide instead of Melbourne and the winner is again a 'Louis',  this time 19 year old Louis Dobbelaar from Brookwater, Queensland.

And as worthy a winner as the brilliant young Queenslander is, a seemingly simple two-shot margin at Kooyonga will not tell the tale of a final day of high drama.

The Brookwater member, just 19, made a birdie of the highest quality on the 17th hole to put his stamp on the national title he adds to the New Zealand Amateur crown he won in 2016.

Before that, he and South Australia’s great hope Jack Thompson had waged an extraordinary war; and all of that while young New South Welshman Jeffrey Guan nearly came from the clouds to beat them both.

Thompson had begun the day with a seemingly insurmountable five-stroke lead and was joined on the fairways by hundreds of Adelaide fans who’d come out to see the expected coronation march.     Read the full account here

The many events that Louis has competed in, including those he has won, at this link. 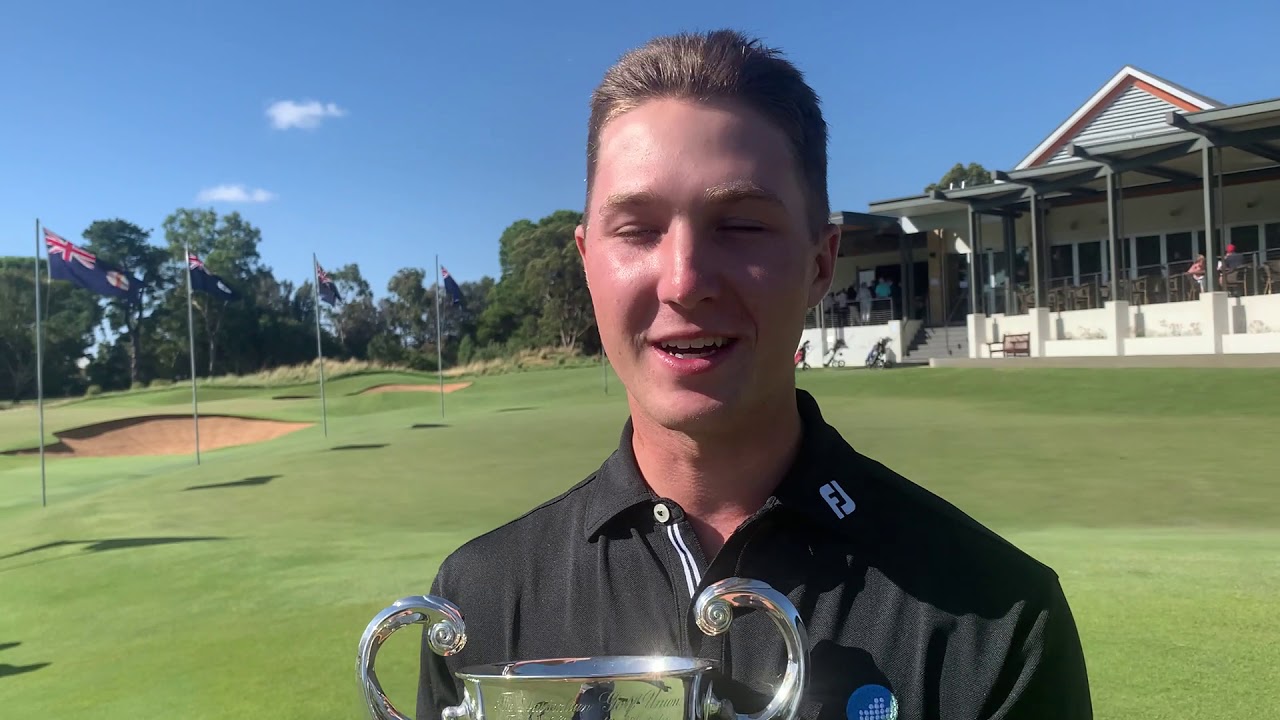