Lucas Herbert - Giving Back to Golf

In golf’s hour of greed, a little perspective. As the 40-something fat cats and rebel Americans gorge on Greg Norman’s excess, one of The Great White Shark’s countrymen has quietly handed back a large sum of money to those who helped launch his career.

Lucas Herbert is ranked inside the world’s top 50, hopes to go deep at the anniversary British Open at St Andrews next week and is on the cusp of his first Presidents Cup appearance. No amount of money is going to stop him from chasing those dreams, nor forget where he came from.

This week, the 26-year-old Victorian has pledged to return a significant amount - believed to be hundreds of thousands of dollars - to Golf Australia under the governing body’s Give Back program to help the country’s next batch of elite juniors.

“Personally, I enjoy the fact I can have some control over helping these kids come through,” Herbert said. “You see them coming through and you want to help them, but you don’t really know how sometimes because you don’t want to stand on other peoples toes, or get in the way of coaching.

“At 17 or 18 years of age when I would have been greatly benefiting from this, and I would have appreciated other guys doing the same thing. I didn’t quite get the same benefit from it, but it’s got to start somewhere.”  Read more 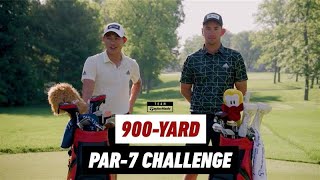