Record numbers of people are turning to golf, all around the world.

New research figures revealed by The R&A and Sports Marketing Surveys (SMS) show golf has enjoyed a significant increase in popularity worldwide since 2016 with over five-and-a-half million additional golfers taking up the sport.

The number of total golfers globally has increased from 61 million to 66.6 million in a five-year growth period, surpassing the previous high mark of 61.6 million set in 2012. The measure includes club members and non-member independent golfers playing nine or 18 holes and users of driving ranges in markets where course availability is limited.

The new figure reflects a positive trend in golf in which participation levels are now rising worldwide after a period of decline...

The research figures indicate the growth trend began before Covid-19 and then accelerated during the pandemic as the popularity of golf grew due to golfers being able to socially distance in a safe outdoor setting and stay active to boost their physical and mental health. 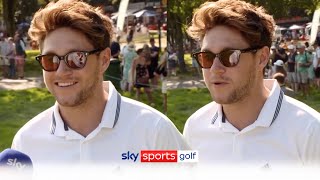