Oil in the family: Chevron torches ANA Inspiration, & the ending of Poppie's Pond

The LPGA and IMG announced today Chevron U.S.A. Inc. is the new title sponsor of The Chevron Championship (formerly the ANA Inspiration) through a six-year partnership...

The 2022 Chevron Championship will take place at Mission Hills Country Club in Rancho Mirage, California, March 31-April 3, 2022. As part of the new era, The Chevron Championship will move to a later date in the spring and will relocate to a new home, which will most likely be in the greater Houston area starting with the 2023 edition.   Read more

What is happening with women's golf?

Fault lines of the 21st Century 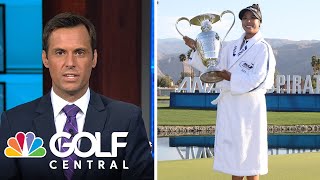