Old photographs & footage from St Andrews, where it all began

Old photographs and footage of The Royal and Ancient Golf Course in St Andrews, Fife

From Tour Scotland [video above]
The Old Course at St Andrews is considered by many to be the " home of golf " because the sport was first played on the Links at St Andrews in the early 1400s. Members played on what would become the Old Course, but because it was the only course St Andrews had, it was not yet known as the Old Course.
Golf was becoming increasingly popular in Scotland until in 1457, when James II of Scotland banned golf because he felt that young men were playing too much golf instead of practising their archery. The ban was held by the following kings of Scotland until 1502, when King James IV became a golfer himself and decided to remove the ban on golf.
It is one of the oldest and most prestigious golf clubs in the world, the oldest possibly being The Royal Burgess Golfing Society of Edinburgh at Barnton, Edinburgh, instituted 1735. The organisation was founded in 1754 as the Society of St Andrews Golfers, a local golf club playing at St Andrews Links, but quickly grew in importance. In 1834, King William IV became its patron and the club became known under its present name.
In 1897, the Society codified the rules of golf, and, gradually over the next 30 years, was invited to take control of the running of golf tournaments at other courses.
On 18 September 2014, the club voted in favour of admitting female members. In February 2015 the club's first female honorary members were announced, Princess Anne, Laura Davies, Renee Powell, Belle Robertson, Lally Segard, Annika Sörenstam and Louise Suggs. 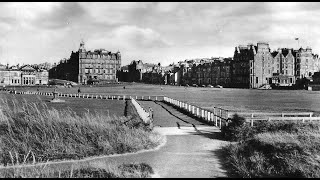