Phil Mickelson - "Taking the Scenic Route on No. 18"

Phil Mickelson had a different kind of golf round from his usual.

Jeff Babinineau writes about it here:  Phil Mickelson takes the scenic route on No. 18 at Pebble Beach

Phil Mickelson could only laugh after a tough finish to Friday’s round at Pebble Beach.

“Paul, that’s a nine. I’m kind of crushing the par-5s right now,” the World Golf Hall of Famer said with a smile to playing partner Paul Casey after tapping in with his glove on to complete a second-round 80 in the AT&T Pebble Beach Pro-Am.

Mickelson hit two balls in the water on Pebble Beach’s famed finishing hole en route to a 9, four holes after a double-bogey on the back-nine’s other par-5.  This was Mickelson’s 25th appearance at Pebble Beach and even after Friday he still has more wins here (5) than missed cuts (4).

Mickelson's closing 9 included two shots blocked left into the rocks that guard the left side of the famous dogleg left par 5.  He already was 3 over on his second nine (and 4 over for the tournament)  when he tried to get home from 265 yards with his second shot, the ball caroming off the rocks and into the deep blue waters of Stillwater Cove.

He took a drop, then blocked another shot left into the rocks from 176 yards, dropped once more and hit his sixth shot into a greenside bunker.  An escape and two putts left him with a 9.    Read more here

Give Mickelson some credit. Self-deprecation in the face of a quadruple bogey is the best way to react, even if one’s normal inclination would be to throw your ball—and perhaps your entire bag of golf clubs—into the Pacific Ocean.

It didn’t help that Mickelson played 12 time zones away the previous week at the European Tour’s Saudi International and had to adjust quickly to be able to perform this week. But you know Lefty hoped his past success at Pebble would help him shake the jetlag a little more quickly. Unfortunately for him, that didn’t happen.   Full article here. 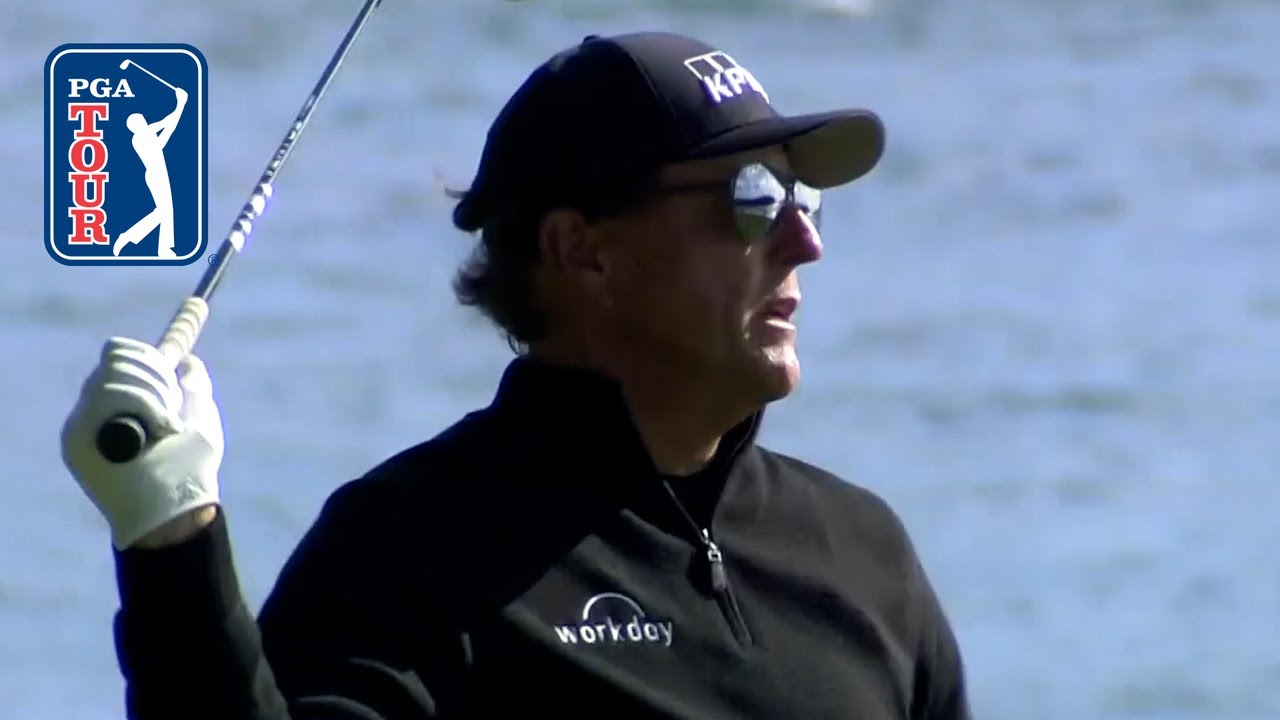