Stricker:  "They are playing better at a younger age."

From ABC News.go, by Bob Harig:

Deciding youth would serve the team better than experience, Steve Stricker on Wednesday completed his U.S. Ryder Cup team by selecting six players -- four of whom have never competed in the pressure-packed biennial competition.

"Everybody's getting younger in this sport, it seems like," Stricker said. "They are playing better at a younger age. They get some match-play competition under their belts at the amateur level. They bring in an excitement level that is unmatched. They are eager, willing to learn, and they just want to have that opportunity and will do anything for that opportunity."  Read more 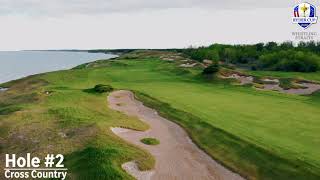