The Greg Norman Medal also recognises the coaches and PGA Professionals who have achieved high levels of success in their own endeavours.

WPGA Tour of Australasia Player of the Year: Stephanie Kyriacou

PGA of Australia National Associate of the Year: Elliott Beel 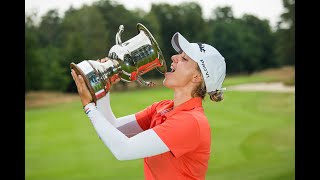