The ancestral home of golf inspires respect, even awe, and much love and affection in the world of golf.

From Yahoo!Sports, by Golf Channel Digital:

The Old Course at St Andrews, also known as the Old Lady or the Grand Old Lady, is considered the oldest golf course in the world — icon in and of itself.

“The Home of Golf” has played host to The Open, golf’s oldest major, a record 29 times, and The 150th Open could prove to be the greatest edition of the tournament yet.

Rooted in history and dripping in nostalgia, golf’s greatest players have tried to put into words their love for St Andrews over the years. Here are some of their most notable quotes [Excerpts]

“I want to thank nature for making this golf course.” – Ben Crenshaw

“I could take out of my life everything except my experiences at St. Andrews, and I would still have had a rich and full life.” – Bobby Jones in 1958

“This is the origin of the game. Golf in its purest form, and it’s still played that way on a course seemingly untouched by time.” – 1961 & 1962 Open Champion Arnold Palmer

“I doubt if even in a hundred years’ time a course will be made which has such interesting strategic problems and which creates such enduring and increasingly pleasurable excitement and varied shots.” – [Golf course architect] Alister MacKenzie 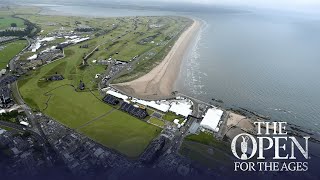