The Challenge Tour - Via the European Tour

- Operated by the PGA European Tour

The Challenge Tour began in 1986, then as the Satellite Tour. From 1989 the top five players would graduate, in effect, to the European Tour for the following season. From 1990 it became the Challenge Tour.

The evaluation of the 'top' players was initially based on players' results over several tournaments. However from 1994 this changed to ranking via their earnings or monetary winnings from all their tournaments.

Challenge Tour season winners so far have been from a diverse range of European countries. The winners from the last six years have been from the Czech Republic, Italy, Denmark, Finland, England and Portugal. Tommy Fleetwood won the challenge in 2011.

The Challenge Tour Schedule is at this European Tour Link.

At least a few Aussies are competing in the Challenge Tour, including Deyen Lawson and Blake Windred, as well as Kiwi Daniel Hillier. 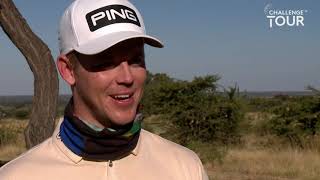