Minjee Lee's 9-under 63 round, leads by three

CLIFTON, N.J. (AP) — The only only thing missing from Minjee Lee's resume this year is a victory and the best scorer on the LPGA Tour took a big step toward that in the second round of the Cognizant Founders Cup...

From LPGA News, by Steve Eubanks:

CLIFTON, NEW JERSEY | When you look at the numbers, it’s hard to believe she hasn’t won yet this season. It just goes to show how deep and talented the fields are every week on the LPGA Tour. But given how Minjee Lee is playing, it’s just a matter of time. And as the 25-year-old major champion put it on Friday afternoon at the Cognizant Founders Cup: “Maybe this will be the first one and it'll kick start the rest of the year.”

She is certainly off to a blazing start. After an opening 67 on Thursday, Lee went out in the misty morning wave on Friday and birdied four of her first six holes. Then on the back nine she went on a tear, starting her outward half with five birdies and an eagle between nos. 10 and 15. Standing on the 16th tee, she needed to birdie out to shoot 59, a fact that she didn’t know until a reporter told her after the round.  Read more 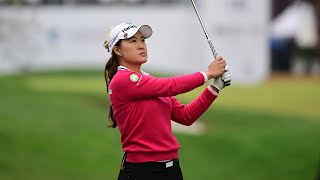