The Irish Open & the Return Of Golf to Ireland

Irish golfers have just been through the longest closures in the world due to Covid pandemic restrictions. After more than 200 days they began to resurface, having dusted off their clubs. In Northern Ireland they were back swinging again from the beginning of April, while golf courses in the Republic of Ireland had to wait until almost the end of the month.

One month later, on 27th May the Irish Challenge got underway at Portmarnock. And now, as if to underscore that golf truly has returned to Ireland, the Irish Open is due to begin on 1st July.  Up to 5,000 fans may be able to attend.

Major-winning Irishmen on Tour are returning to compete again on their own home turf.

Mount Juliet Estate will provide the stunning backdrop to the 2021 edition of the island of Ireland’s national open, where World Number Ten McIlroy will return to action in his home national open having played a central role in its recent success as tournament host from 2015-2018.  Read more

From the Irish Examiner:

McIlroy, who won the tournament in 2016 and was previously its host, hasn’t competed in the last two events, but says he is “really excited” to take part at Mount Juliet, Co. Kilkenny, on 1 July.  Read more

This years Irish Open in Mount Juliet will finally welcome back fans as restrictions ease in Ireland. There will be a limited amount of fans in attendance with tickets officially on sale this Thursday.

A small amount will be donated to the frontline workers.  Read more

Defending champion is American John Catlin, who took out the Austrian Open in April. 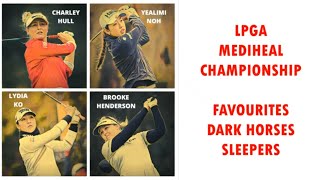