Young Australian golfer Kelsey Bennett has come agonisingly close to victory at the Women's Amateur Asia-Pacific Championship in Abu Dhabi, but ultimately had to be content with a share of second.

Bennett carded a final round four-under 68 at Abu Dhabi Golf Club to get the 15-under, one shot shy of tournament winner Mizuki Hashimoto of Japan.

Bennett - the 209th ranked amateur - was pleased with her efforts, having held things together after starting the day with a bogey.  Read more

The Women’s Amateur Asia-Pacific Championship has been developed by The R&A and Asia-Pacific Golf Confederation to unearth emerging talent and provide a pathway for Asia’s elite female amateurs to the international stage.  Read more 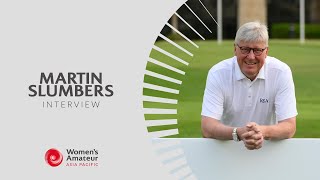